What is Pokémon Rotation?

Put simply, Pokémon rotation is the process by which old cards are taken out of the Pokémon Trading Card Game and replaced by new ones. 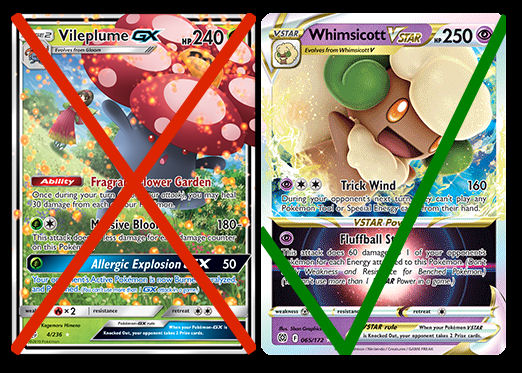 Official Pokémon Trading Card competitions require players to compete using either Standard format or Expanded format. These formats dictate the cards that are legal for that competition.

Pokémon Rotation occurs on a yearly basis, usually late August or early September, after that year’s World Championship has ended. The cards or sets that will be rotated out of the game are announced earlier in the year so that players can begin compiling new play decks and working on strategies before the new format becomes legal.

How to Identify Game-Legal Cards

With the release of the Sword and Shield series in 2020, all Pokémon Trading Cards, Japanese and international, were marked with a letter to denote their legality for Pokémon Trading Card competitions. The letter can be found between the set symbol and the card number in the bottom left-hand corner. To date, Sword and Shield cards are marked with the letters D, E and F. 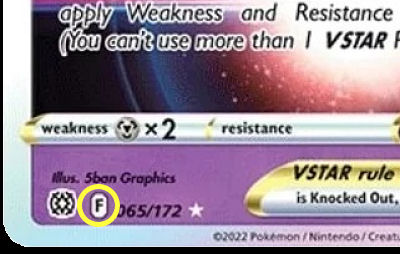 When Pokémon Rotation occurs, the announcement for the new legal format will specify which letter or letters are legal for the following year’s official competitions.

It has recently been announced that the next rotation will take place early in 2023. This means that from then on only cards marked E or newer can be used for competition. This will see the loss of all Sword and Shield cards that were released in 2020 – Base Set, Rebel Clash, Darkness Ablaze, Champion’s Path and Vivid Voltage.

Why is Rotation good for the Pokémon Trading Card Game?

Pokémon Rotation is good for the Trading Card Game because it prevents the game from becoming stale. Competitions would soon become very boring if the same decks were used again and again.

When cards are rotated out players have to create new decks and find new gaming strategies. This in turn helps to level the playing field and gives players new to the game a better chance to compete with established players.