Where does the name Chase Cards come from? Pokémon cards are used to play the Pokémon Trading Card game. The cards depict Pokémon characters which in turn have different abilities. Some have high hit points or powerful abilities which make them good cards to play in games and tournaments.

Pokémon cards are also collected by investors and fans of the game. They can be obtained by opening Booster packs which contain 10 game cards. The serious gamer or collector may purchase a Booster box which contains 36 booster packs and is better value for money than buying individual packs.

There is no way of knowing what cards will be in each pack, but it is likely that purchasers are hoping to find a particular card or cards. The term ‘Chase cards’ comes from the fact that packs are opened with a view to ‘chasing’ these desirable cards.

Chase cards are rare cards often with a 1/100 or less chance of being inside a booster pack. They are often one of the ultra rare or secret rare cards from an expansion set. Chase cards may hold special appeal due to their artwork, their rarity or their value. Charizard is a very popular Pokémon and if a set contains a Charizard card it will likely be one of the Chase cards for that set.

In the trading card game, cards that are hard to defeat or those that have good attack moves are highly sought after by players. , Or they may have special powers that can be used in the Trading Card Game. This means that cards are ‘chased’ by gamers and collectors alike.

Chase cards are always in high demand, but have a low pull rate which consequently gives them a high value.

Charizard cards have always been highly sought after. If they feature in a set they will likely be one of the chase cards. The recent Pokémon Go set featured Radiant Charizard 011/078. 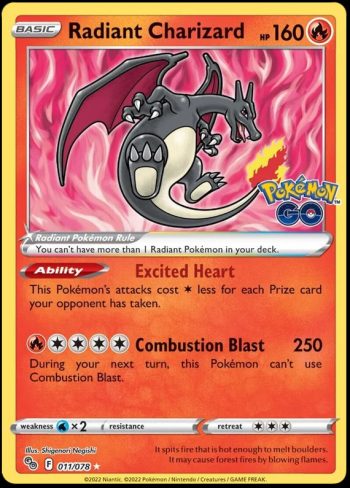 Mewtwo cards are highly sought after by both collectors and players of the trading card game. This character is the mascot for the Pokémon Go set and its cards were in high demand. The card below is the gold secret rare Mewtwo VSTAR 086/078. 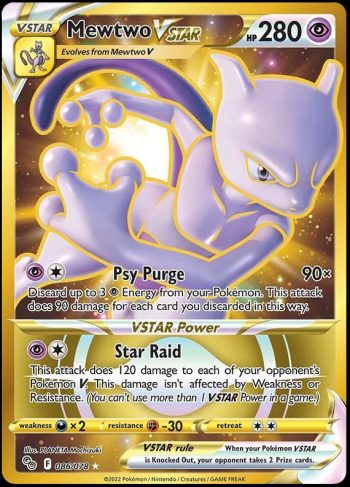 The Beedrill V alternate art card from the Astral Radiance set was highly sought after because of its stunning artwork.